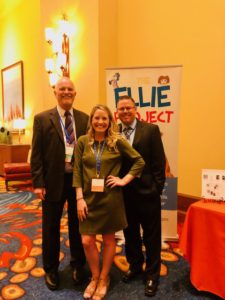 Hello! Hope you had a wonderful Memorial Day weekend! My daughter, Ellie, and I had a blast! We swam, ate good food, and spent quality time with family from all over the country who came to town this weekend for a family reunion. I so wished my late grandmother, Alice, and my late Aunt Betsy could have been there. They would have loved it! 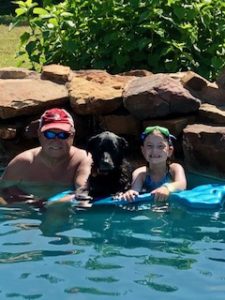 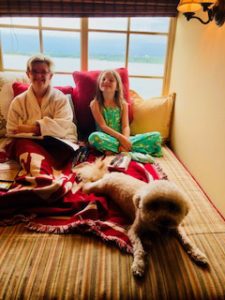 Well, it’s been an eventful couple of weeks in the Heard household. Ellie was in her first musical, playing a lost boy in Peter Pan, then she got out of school for summer break. Two weekends ago, she and I drove down to San Antonio for a speaking engagement at a medical conference called TEXMED. 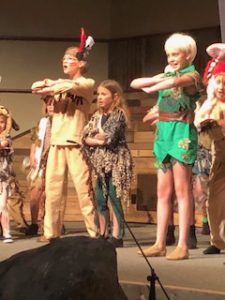 I lost my husband, Andrew, to cancer almost five years ago. His father, Mark Heard, is a doctor and helped me book TEXMED. We were going to speak together on the topic of grief, along with Andrew’s brother-in-law, Dr. Eric Moore, who is a pastor in Paris, TX, at Immanuel Baptist Church.

I’d been nervous all year about this upcoming event because:

I believed my message wouldn’t resonate because of a childhood limiting belief that I was stupid. I thought this because I struggled to retain and regurgitate academic information. I was labeled as ADD and on medication by the age of 9, if not earlier.

Always being put in the slowest reading group and in the back row of the class during testing, because that’s where they put the slowest test takers, I eventually concluded I was stupid.

Over the years, I’ve realized “smart” isn’t measured in only one way. There is so much more to being bright.

I’ve also learned as a creative person I experience the world through my senses and not only in a cerebral way. I learn by doing and the information that sticks with me is the information I’m interested in knowing.

Being this way doesn’t make me any less smart.

Even though I’ve come a long way in transforming my childhood limiting belief, speaking to doctors who, in my eyes, are the academic elite, brought back up some deep insecurities and fears.

However, what I found on the other side of my fear was a warm reception, positive and constructive feedback, and a connection of the human experience.

Many doctors signed up to follow my blog and they bought several of Andrew’s books. When I told one of the doctors I was nervous to speak to them she responded, “Why? We are human, too.”

The opportunity opened my eyes to what is possible when we challenge our limiting beliefs:

What if we are the only ones limiting ourselves and what if we are missing out on opportunities because of the limits we place on ourselves?

Who could we become without our limiting beliefs?

These are the questions I’m asking myself lately and I want to encourage you to step out in courage to challenge one of your limiting beliefs. I suspect you’ll find what I found to be true, which is the only true limitations are those we impose on ourselves. When we really get this concept, it opens up a whole new world of opportunities and possibilities.

We can then see we have so much more to offer the world than we realize.

Thank you so much for following our journey and for coming back week after week. So grateful for your love and support. Blessings.

PS – When I published The Ellie Project, a book Andrew wrote and illustrated during the the final months of his life for our then two-year-old daughter, Ellie, I had no idea the impact it would have on families all over the country. The Ellie Project, along with Andrew’s other books, A Gray Faith and Your Best Life Later, continue to leave a lasting impression on the hearts of those who read them. Get your signed copies here.