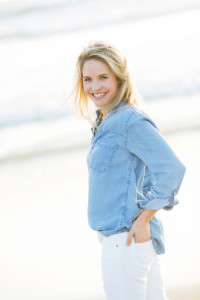 When I was 7, I was playing at a neighbor’s house, entranced by Michael Jackson in his “Thriller” music video when another neighborhood friend busted through the front door in tears.

She was distraught because one of the much older neighborhood boys (he must have been in junior high or high school) was mean to her. After absorbing the full story through her tearful sobs, I marched down the street without any hesitation or fear and stood up to the much older and bigger neighborhood bully, declaring what he did to my friend was wrong.

Not appreciating my confrontation, he spewed several expletives and yo mama jokes at me.

Burning with anger at the injustice toward my friend and me, I gave it right back to him. I walked away, defeated because I didn’t get through to him and feeling both hurt by his words and ashamed at my response.

Later that day, I was sitting on the couch with my mom, and the secret of what happened earlier that day was eating me alive. When I couldn’t hold it in any longer, I burst into tears of shame as I confessed how I’d cussed out a bully. I remember her not being happy about my potty mouth, but I also recall her giving me a hug and how good that felt.

Over a decade later, while I was attending undergrad at Baylor University, we were required to take a semester of Chapel. We met in a large auditorium for Chapel, and every week they would bring in new speakers.

Of all the speakers I heard, there was one woman in particular who stood out to me. I wish I could remember her name and the organization she worked for because I’ve thought about her story so many times over the years and wanted to reach out to thank her.

This speaker’s message meant so much to me because it lit a fire inside of me I’d long forgotten was there.

She worked for an organization that went undercover to rescue sex trafficking victims. I was in awe of her courage as she shared story after story of helping free individuals from the injustice and abuse, bringing them to safety and helping them get back on their feet. She continuously put herself in harm’s way to help these women and children.

As I listened to her speak, my soul came alive, and I felt this righteous anger toward injustice rise inside of me. I wondered where all this passion was coming from. It felt familiar, like déjà vu.

Then it hit me. The memory of me at 7 standing up to the bully, being bold and loud and speaking up for what was right. I thought, Oh, there you are!

I wondered why I felt so disconnected from that little girl. Where was my fighting spirit? When did I become so afraid to stand up for myself and others? I was born with a fire, a light, and a voice to speak the truth.

Then, over time, I absorbed a message that good girls go with the flow and blend in. I learned not to draw too much attention to myself, to play small and keep my opinions to myself to be safe.

But that’s not who I am, that’s my conditioning.

Sitting in front of the speaker that day, I caught a glimpse of who God had initially created me to be:  bold, brave, a warrior.

I think the reason I felt called to share these stories with you today is I’ve reconnected with the bold and brave part of myself again as I’ve been walking with a dear friend of mine. After getting devastating news, she is becoming liberated after years of oppression and manipulation.

Watching her go through this immensely difficult time has been painful and inspiring, all at the same time. Painful because she’s grieving a different kind of loss, and encouraging because she’s growing and having the courage to stand up for what’s right and good. I’ve used my voice to speak up and speak into this situation with tenderness and boldness when asked, and this experience has reminded me of the importance of standing up for what we believe.

What are the causes that light a spark in you and inspire you to speak out and take action to help?

Getting involved in causes that are important to me is an area I’m continuing to grow into. I don’t want to lose that little girl again. My voice matters and yours does, too. Thank you so much for reading! Love and Blessings.

Bailey is amazing! Working with her is one of the greatest decisions I have ever made. Her life experiences combined with her gentle spirit are the perfect combination for a strong and encouraging voice in my life. I am continuously uplifted by my conversations with Bailey, and always feel stronger knowing that she believes in me and is on my side! I am so grateful for this very brave, driven, exceptional woman who takes the time to pour into my life! She inspires me!