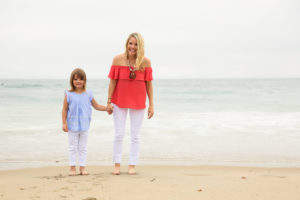 Ok, so I’m just gonna say it: Being an adult is hard work. At first I was embarrassed to admit this, because I honestly thought I was the only person struggling with the transition to adulthood. However, after a few recent conversations with friends also in their early 30’s, I realized it’s not just me. I then felt liberated to write about it publicly with the hope a conversation about the struggle might be as helpful to someone else as it was for me.

A little background. I went from my parents’ house to living with roomies during college to straight to getting married to Andrew. I never experienced the independent stage some people do of living on my own and paying my own bills. Nope! Poor Andrew was immersed in my transitional growing pains and, God bless him, they were NOT pretty. To be specific, I in no way felt prepared to be an “adult.” The fact I was all of a sudden expected to be one was a rude awakening. I equated the experience to being pushed off a cliff and hoping somehow I’d figure out how to fly. During this survival phase I chose fight instead of flight and lashed out at the people closest to me, particularly my parents, for not preparing me for all the responsibilities that came with being an adult. My life’s responsibilities went from 0 to 60 in 1.5 seconds.

Instead of accepting the reality that I was way behind the curve, I sat in my self-justified victimhood  for years and regretfully let Andrew carry the heavier load. I floundered. My self-confidence plummeted. I thought, How could I be so successful in high school, college, gymnastics, cheer, you name it, and yet stink at all things adult? I couldn’t find my place. I was no Martha Stewart, not even close, so I didn’t feel like much help at home, and I couldn’t find a career I was great at, so I career-hopped for awhile, which wasn’t a great financial help. I felt depressed and overwhelmed by every little thing, so my way of dealing with it was to avoid it all and hope it would just work itself out. This decision felt better at the time, but it eventually came back to bite me in the bum.

Then Andrew got cancer and passed away, and the responsibility I thought I had before he died was nothing compared to my new reality. Now I was a single mom and could no longer delegate the responsibilities of life to someone else. I was finally forced to figure this whole adult thing out. I stayed in denial for years and it took me falling apart emotionally and physically to get to the point where I finally got the right help to tackle what Kelly Williams Brown’s book calls, “Adulting.”

If there is one piece of advice I could give you that I’ve learned from the professional help I’ve received it’s this: Most times doing the adult thing is going against what you feel like doing and doing what you know you’re supposed to be doing. So lately I’ve been living by this rule. In the past, my way of dealing with difficult situations, be they conversations, learning a new skill, anything related to numbers, was to just ignore them, avoid them, and instead do the things I felt like doing. Now I’m training myself to figure out the hard things by asking someone, googling the answer, and/or trying different methods until I figure it out. Now I’m meeting my challenges head on and I’m here to tell you it isn’t as scary or impossible as I thought it was. In fact, it’s quite the opposite. It’s liberating, confidence-building, and it’s saving me a heck of a lot of energy and stress in the long run. I am a work in progress, and if you’re feeling my pain and struggling to find your way in this crazy adult world, know you are not alone. Give yourself lots of patience and kindness as you work through each of life’s challenges. Learn from my mistakes and instead of avoidance, press into the challenge while trusting you have the resources available to figure it out as you go. We’ve got this!

Hope you are enjoying your summer! Ellie and I just got back from a mini vacation with Andrew’s family in Galveston, TX, which was a blast, and now we are jumping on a flight to Washington, DC for a Keller Williams Cultural Summit event I’m speaking at tomorrow! So grateful to have my little assistant with me on this work trip ☺ Looking forward to catching up with you next week! Thank you so much for reading and following our journey! Love and Blessings.

PS – Need an extra dose of Courage? Check out my TEDx talk: https://youtu.be/f2icabWsRgk

PPS – Back in 2015 when I published The Ellie Project, a book Andrew wrote and illustrated during the the final months of his life for our then two-year-old daughter, Ellie, I had no idea the impact it would have on families all over the country. It’s sold over 6,000 plus copies, and continues to leave a lasting impression on the hearts of those who read it. Get your signed copy here.