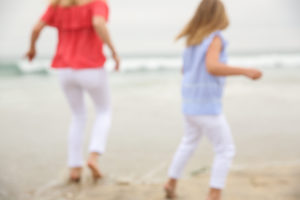 Every morning, for the past month, Ellie and I have rocked out to The Greatest Showman soundtrack on our drives to school. I’m thinking we aren’t the only ones doing this, because a few weeks ago we were jamming in my car before I dropped her off, and the lady parked next to me waved me down with a huge smile on her face.

When I rolled down my window, she told me that she and her daughter love that soundtrack and sing and dance to it in the car all the time!

I don’t know if I’ve ever had a soundtrack where I loved every single song like I do this one. Ellie enjoys singing and acting out “The Other Side”. My favorite is “A Million Dreams”. Saturday morning I woke up singing that song and Ellie chimed right on in with me as she woke up.

This weekend a friend and I were talking about how she’d just seen the movie for the first time and we both agreed it sparked something inside our souls. If you haven’t seen The Greatest Showman yet, I would highly recommend watching it. It’s based on the true story of P.T. Barnum’s (of Barnum and Bailey Circus) life.

I remember seeing the previews for the movie over Christmas break, but for some reason it didn’t really catch my interest. Then my dad raved about it, so I went and saw it, and it didn’t disappoint.

I bought it on Amazon before it was released in stores and I think Ellie and I watched it six times the first week. It’s become one of her all-time favorite movies, as well as mine.

Without giving the movie away, here are a few reasons why The Greatest Showman inspires me!

Ultimately, what touched me the most was the love he had for his family. His desire to create a better life for them drove his every decision. Wanting to see his wife and kids flourish in their dreams and passions, and doing all he could to create more opportunities for them, was most inspiring to me. This is what sparks my soul.

If you’ve seen the movie, I want to know what about it inspires you the most? Looking forward to hearing your thoughts.

As always, thank you so much for spending time with me today! Love and Blessings.

PS – About a month ago, as I was checking out at Ellie’s dentist’s office, I asked the receptionist if she’d received the book I left for her awhile back. A few months before, she’d confided in me she lost her daughter in a car accident. We were able to talk about loss and connect, so I felt compelled to drop her off Andrew’s book, A Gray Faith. Fast forward to last month, and she said she did get the book, that she’s read it several times, and that Andrew’s words have given her so much hope. She keeps it in her purse at all times. That blessed me to hear. If you know of someone who could use some hope and encouragement, check out Andrew’s book, A Gray Faith at www.ellieproject.com.

2 Responses to “The Greatest Showman”